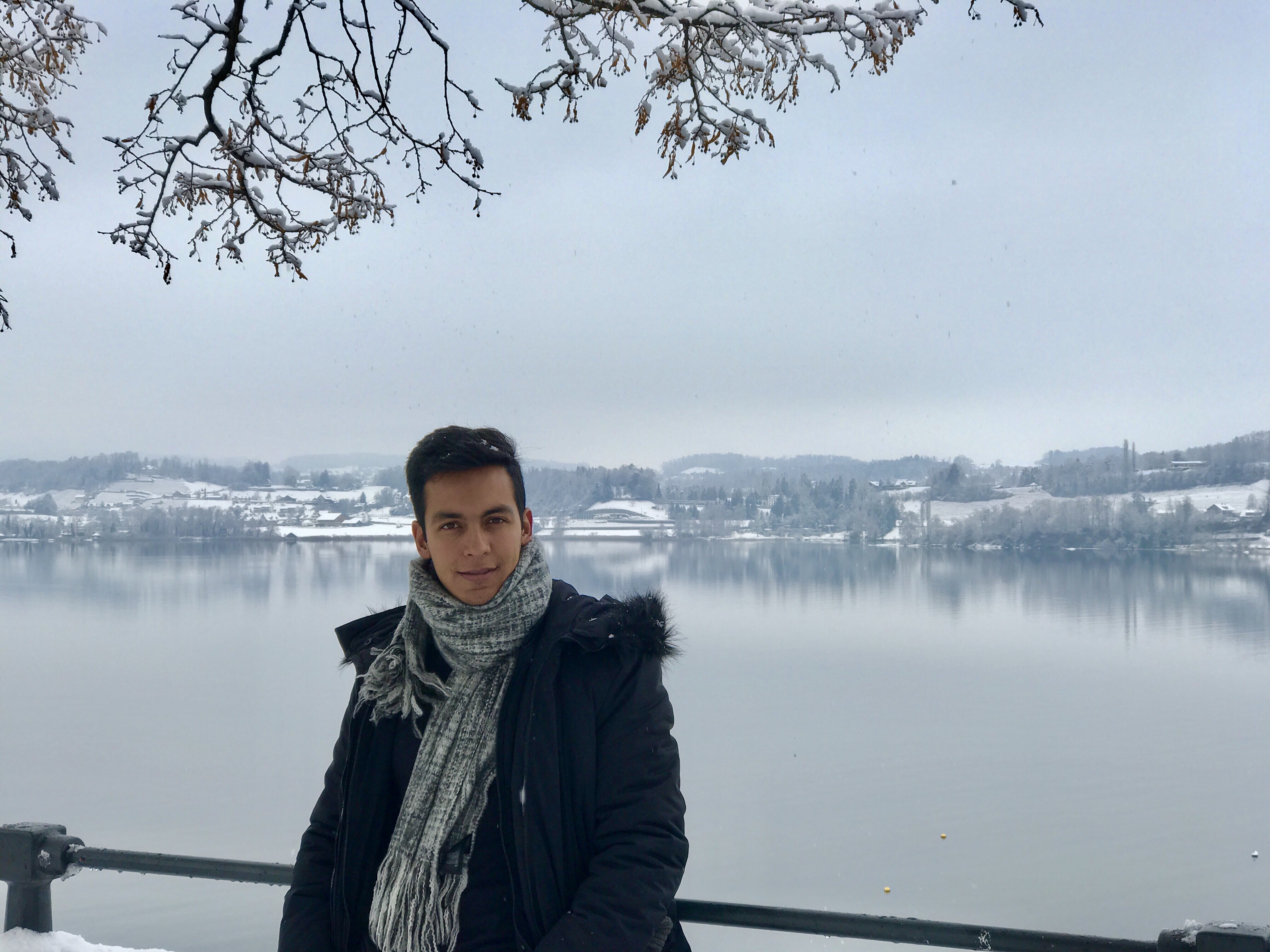 Today while I was answering some questions in Quora, I found a very interesting one:

“If you could give a 20 years old person one piece of advice, what would you tell them?”

I was going to answer this question with a super extensive and wise piece of information based on my life experience but then I read one of the answers and I loved it, however I believe it sounds hard to understand…

Since I find the question very useful for young people I decided to share my answer here and paste the link of the answer in Quora because I believe it’s valuable information too.

Most of the people live in some kind of security box. We try to keep ourselves safe and away from any danger or situation that could be a menace to our existence. We follow the same path than millions of individuals have followed in life just because we know that’s the path with less resistance. In other words, we live with fear!

But what is fear? Fear is a feeling that humans experience every time they face something unknown. Your brain has not enough information from your past in order to find out if that unknown situation is good or bad for you; as a result, it warns you about a possible danger. And because the brain is programmed to survive, our automatic response is to stay in a safe zone.

What would happen if our mind would be programmed to make us grow instead of assuring our survival?

Ohhhh my friends!!! Then we would be fearless!!!! And an infinity of possibilities would be just in front of our eyes.

If the oak would have the mind of a human being; it wouldn’t grow more than 10 meters because it would be afraid of falling.

The answer in Quora by Paul Carleton said: Become Fearless!

To be honest that’s the best answer in an utopy. Unfortunately, it’s impossible to change the survival chip we have in our minds. As I said before, the only way to be really fearless is if our mind is setup to grow instead of survive. Fear is part of our feelings and emotions and no matter how brave you are you will always feel fear. It’s not possible to be brave without the presence of fear, does it make sense?

Instead, I would say: Embrace Fear!

Paul Carleton in his answer said:

“Sounds awesome. But how do I do that?”

* Stay there until you run out of money.

* Get a job or find a way to make a tiny amount of money.

* Live on the bare minimum—eat only rice, live in a shitty house.

* Realise you can fend for yourself and that you don’t actually need a lot to survive in this world.

All of this is about experiencing your worst case scenario.

Doing this will give you the freedom and the confidence to try anything—because you know you’ll be okay.

Whatever happens, even if you lose everything, you know you can fend for yourself and survive.

This is what Elon Musk did in his early days.

So, he decided to live on $1 a day. He ate nothing but oranges, hotdogs and pasta.

He figured it’s pretty easy to find $30 a month so he’d probably be okay.

That gave him the confidence to move.

Voluntary poverty can liberate you.

You can pursue anything you want to do in life without fear—because you’ve already experienced your worst case scenario.

I loved this answer but still I differ from it a little bit. As I said, no one can be truly fearless unless you are a psycho and you don’t have any feelings at all.

Embrace fear! – I would say.
And instead of packing your bags and go to South Asia I would suggest you to go to the most challenging place for you. South Asia can be thug but let’s face it. It’s very cheap! And a cheap place to live it just means that you need little effort (less resistance) to live.

But, what if even without money you decide to move to the most expensive city in the world?

That’s a real challenge, don’t you think? You don’t have the beach to sleep, you can’t grab a coconut or a banana to eat. No, no! You don’t have those perks of being in a cheap, easy life place.

When I was younger I spent a few months living in a small town in the north of Mexico, it was so easy to live there even when I didn’t have an employment and I was struggling to launch my first website. I was renting a small room for U$40 per month and buying food for U$10 per week. I was able to survive in this place with just U$2.70 per day.

I realized that being just me against the world it was relatively easy to fend for myself and live in a small place like that. The interesting thing is that I’m pretty sure there are even cheaper places on Earth to live.

Yeah! It’s great I didn’t have to struggle to much to get U$3 per day but what was the point? Living a boring life in a small place for the rest of your life just because is easy? I don’t think so. You don’t have options, you can’t move, you can’t travel, you can’t help people, you can’t give anything to the society because you are surviving.

After those months I knew what I had to do? I had to experience the opposite side. A year later I just decided to move to one of the most expensive countries in the world and find the way to survive in a “bigger tank”. I moved to Switzerland without having a job, without speaking the language and without having savings in my bank account. The only thing I had was a 50% scholarship to study my master, a couple of websites without revenue and the sporadic support of my parents just in case things were really ugly. But I had something clear in my mind “I have to prove myself and I was’t going to accept a cent of my family unless I really need it”.

I can’t be more proud of the outcome of this decision. I put myself in an unsafe situation… I remember perfectly the day I arrived to Zurich airport, I picked up my bags and I was looking for a coffee shop to get some wifi because I didn’t even have a place to stay. I was sweating fear, I was away from home with barely U$700 in my bank account without a place to sleep, without a return ticket and without speaking the local language.

In a couple of hours I sorted everything out for my accommodation for the next month. I was super hungry but eating in a restaurant was a luxury for me at that time (specially in Switzerland), so I got the train to this small village to get a room in the house of a lovely old couple for U$400 per month and start a new adventure.

OMG!!! What did I do? In Mexico I used to pay U$40 for a room and now I needed 10 times more, plus the food was much more expensive and I needed at least U$4 every day to take the bus to the city and come back. I was spending U$4 per day just in public transportation when in a small town in Mexico that’s all what I needed to live.

After that first month everything changed; I put myself out of my comfort zone and I expanded it 10X. I fend for myself and I survived. I was living in Switzerland for the next 19 months. After that I tried the same in different cities: Edinburgh, Vienna, Paris, Melbourne.

I lived in very expensive cities because I can, but I also learned what is to live in super cheap places. The personal growth was immeasurable.

Now you know what I mean when I said you have to embrace fear?

My best advice for someone in their 20s is “challenge yourself and embrace the fear”.

It seems hard but believe me, even if you are in hell, you are totally capable to get out from there and become better.

My whole life it’s about putting myself out of the comfort zone and every time I’m always able to solve my situation and grow.

I feel invincible and I know there will be more difficult situations in my life but I’m not afraid of them because I learned to embrace the fear.

When was the last time you felt fear? What did you do? Did that situation make you stronger? I would like to know about it. Leave your comment and share your experiences. 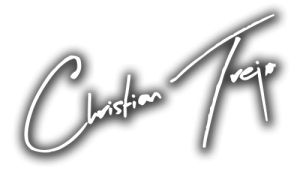 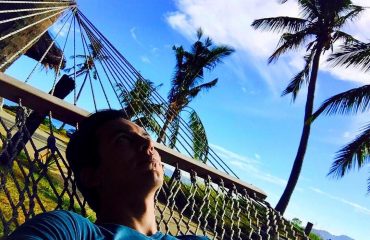 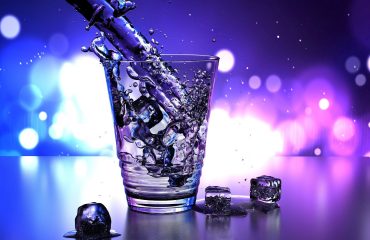 Do This One Thing Whenever Your Drink Water Again 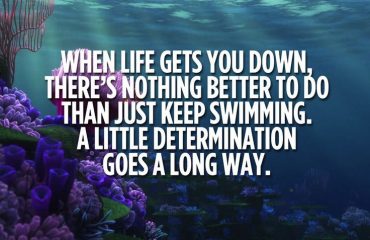 A Life Lesson From “Finding Dory” The Movie?